It was a desperate measure on the part of a diminutive widowed mother of six who felt ignored and powerless over the enemy that held her children captive. Standing as fully as she could in front of the TV screen, blocking its view, was her last effort to engage her unresponsive offspring! (Actually, Mom threatened an act of violence that would permanently destroy the distractor, if her words were not heeded. And she had a flare for the dramatic!)

Psychologists say the compulsion is driven by "a fear of missing out" on what everyone is up to. Amazingly, this news report was delivered with video of a man on the prow of his sail boat, busily texting while a pod of humpback whales began to breech right beside him. He missed out! Real life passed him by while he was glued to his smartphone. Not so smart!

Don't think me a technophobe. On a typical Saturday morning, my daughter will join us via Skype from Uganda where she is doing an internship, and before breakfast is over, we have had a FaceTime visit with my son at university via my husband Richard's iPhone. These modern devices can be marvelous indeed!

Behind all the pings, ringtones and text tones are real, valued individuals. But doesn't it seem as if the whole world is looking down and disconnected from their surroundings much of the time?

Do you know that bad posture due to texting and mobile phone use can lower your life expectancy?

Now that I have your attention…

Jesus reminded us that our main purpose in life is to engage—vertically and horizontally. The "Royal Law" says,

"‘…you must love the Lord your God with all your heart, all your soul, all your mind, and all your strength.' The second is equally important; ‘Love your neighbour as yourself.' No other commandment is greater than these." Mark 12: 30, 31 NLT

"The modern definition of a good neighbour is someone who keeps their distance."

In his troubling article, The End of Neighbours, Brian Bethune says,

"New research shows how our increasingly closed off lives are endangering our health. More than 30% of Canadians now say they feel disconnected from their neighbours, while half of Americans say they don't know the names of theirs…A recent poll of 2,000 Britons found a third couldn't pick their near neighbours out of a police lineup."

"More touching, less screen time. Devices are almost useless for showing emotional support. We need to focus on human interactions and build them into our day. It affects our health, happiness and learning—into the future."

She has further incentive for us all…

"Those surrounded by a tight-knit group of friends who regularly eat, talk and share their lives, live an average of 15 years longer than loners. Research shows it fortifies immune systems, calibrates hormones and increases chances of surviving heart attacks, strokes, AIDS and cancer."

These insights became celebrated truth in the last few years after an embittered viewer of 100 Huntley Street sent me a nasty email. I chose to engage a lonely woman who has endured many disappointments and hardships in life. After a number of email exchanges, including an apology, she invited me to her apartment for tea. What memories we have made since, and how we have mutually been enriched by our friendship. If I hadn't leaned into the relationship with love, I would have missed out!

I can heartily endorse Pastor Bruxy Cavey's counsel from his series "CROSSING THE LINE: A Scandalous Love That Can Change the World"…

"If you don't like someone, love them. When love leads our actions, we will find ourselves in a better place to like the people we love."

That's why my passion is to tell the stories of Jesus and His love, to and through people, to a world that desperately needs to engage Him!

"Don't just pretend to love others. Really love them…love each other with genuine affection, and take delight in honouring each other." Romans 12: 9, 10 NLT

CLICK HERE TO GET YOUR COPY OF CHIP INGRAM'S CULTURE SHOCK - OUR MINISTRY OFFER TO YOU FOR THE MONTH OF APRIL. 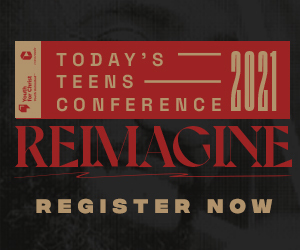