How do you deal with temptation?  Do you flirt with it, or do you flee from it?

We typically do one or the other.  Actually we do both.  Sometimes we flee from temptation, and other times we flirt with it.

This summer, as part of his vision quest from boyhood to young manhood, Dave's son Benjamin and him climbed some mountains at Cathedral Lakes Provincial Park.  There are two particularly knee wobbling sections:  Smokey the Bear and Giant Cleft.  Both of these are massive cliffs.  They seem to fall away forever.  Dave have done a fair bit of climbing and rappelling from great heights, but his knees were actually going weak.  His stomach was queasy just getting close to the edge.

Actually, the conditions they were in were quite perilous.  There was a violent wind that day that would have easily blown them over the edge.  They had to crawl on their bellies to the edge in order to peer over.  Dave tried to use this as an illustration for Benjamin that this is what the enemy's strategy is like with us.  We are tempted, and if we flirt with the temptation we move closer to the edge of the cliff.  We are probably thinking, "I'm not really going to do anything about this…I'm just curious…"  And before we know it, we are falling.

The right response to temptation is to flee from it.  Whatever it is: lust, greed, coveting, etc.  Remember Joseph and Potiphar's wife?  There was a man who knew how to flee from the cliff.  A beautiful, powerful woman wants him to have sex with her.  Day after day she kept enticing him.  He kept saying no.  He even refused to be around her.  Then he comes in the house one day and she has sent everyone away.

The trap is set.  Would he flirt or flee?  Maybe not sex, but something else?  A little kiss?  A little touch?  A little embrace?  When she took hold of him, he took off so fast that he leaves his cloak in her hands.

Lord, help us to be men like Joseph.  Men who see the cost of the cliff.  Men who have set our hearts - in advance - to flee and not flirt with temptation.

It is not courageous to flirt with temptation.  The cost of the cliff is great.

Genesis 39:12
"She caught him by his cloak and said, "Come to bed with me!" But he left his cloak in her hand and ran out of the house." 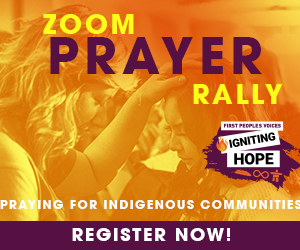