It's no secret that I'm a royal watcher.  I'm hardly alone.

A global TV audience of an estimated 2 billion were captivated by the marriage of the Prince and the commoner, Will and Kate, on April 29, 2011.  The waiting room and mounting anticipation for the first glimpse of baby George was an unforgettable media event.  We are all too well acquainted with that hospital door!  We are sure to get a refresher with the arrival of baby number two this spring!

My fascination with the British monarchy is not personality driven however.  Perhaps a TIME magazine article captured it best—the Brits are indeed "THE MASTERS OF MAJESTY".

In the summer of 2008 our family toured England.  A gentleman at Windsor Castle was almost apologetic about some of the pomp and circumstance surrounding a seemingly irrelevant centuries-old order, noting that rituals and traditions are woven into the very fabric of England's identity.  I'm thankful they've held fast.  Where else would our authentic images of coronations, throne rooms, royal robes and regalia come from?

How thrilling to see staid politicians and other guests confess to being moved by the beauty and pageantry of the royal wedding in Westminster Abbey.  Surely the glorious music, treasured hymns, sacred scriptures, reverential prayers, and the resplendent cathedral itself invoked God's Presence.

Palaces, princes and princesses captivate little girls' hearts early.  I'm no exception.  But when I became the daughter of the King of kings, surrendering my heart and life to Jesus, it was the British monarchy that provided visuals for my new royal ambassadorship!  What an awesome privilege to represent His Majesty, Jesus Christ, "the King of glory!"

Three times in Isaiah chapter two, the prophet refers to "the splendor of His majesty".

Isaiah 26:10 is a warning to the unrighteous and "those who go on doing evil and regard not the majesty of the Lord."

"The Lord sits in majesty…exalted above all the nations." Psalm 99:2

"Let all that I am praise the Lord: O Lord my God, how great you are!  You are robed with honor and majesty." Psalm 104:1

"Your throne, O God, endures forever and ever.  You rule with a scepter of justice."  Psalm 45:6

"In Your majesty, ride out to victory, defending truth, humility and justice.  Go forth to perform awe-inspiring deeds!" Psalm 45:4

This same Jesus, God incarnate, cast off His majesty and entered our sinful world to rescue us and restore us to the love relationship God created us for (Philippians 2: 6-11).The first visitors to welcome the baby Jesus, the shepherds, left with a sense of wonder over "the darling of Heaven".  Later the men from the east reverently bowed in worship before presenting their gifts of gold, frankincense and myrrh.

We can be thankful for the Lord's humble entrance, and all the ways He identified with our human journey.  One day, we will see Him in His glory—with a majesty that rendered the beloved apostle John unconscious (Revelation 1:17).  But no fear. He invites us to come as we are, and draw near like the shepherds.  Finding Him, we will bow in worship like the wise men, in the Presence of the King.

John Ortberg wrote my favourite book of 2012, entitled, "Who Is This Man? The Unpredictable Impact of the Inescapable Jesus" In our interview he said,

"It's 2000 years later…
If you were to ask who's the most influential person in history?
Whose birthday is most widely celebrated?
Whose instrument of death is the most famous symbol of all time?
Who has had the greatest impact?

He's number one and there's no number two.
Nobody else comes close…and anybody can experience grace, forgiveness and enter into that reality, that realm, that way of life that has a hope beyond death."

"It's never too late to become what you might have been."

You can give Jesus the best possible birthday gift this year—your heart!

Personalize this Christmas carol as your prayer:

O Holy Child of Bethlehem descend to me I pray
Cast out my sin and enter in, be born in me today.

"All glory, majesty, power, and authority are His before all time, and in the present, and beyond all time!  Amen." Jude 25b

Have a Royal Celebration this Christmas—in the Presence of His Majesty! 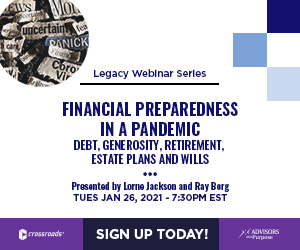