I usually start the New Year full of gusto. I rest up over Christmas, I get refocused and I am ready to go on January 2nd. I write a bold blog with my big dream declarations; I have my word chosen for the year, and my list of goals are in order. My house is reorganized, I've purged the sock drawers, everything is fresh and I am bursting with new ideas.  Inspiration just oozes from my very being. I'm like a sleek racehorse out of the gate.

This year I was exhausted by the end of December. That's normal, but then I got the flu. The life-draining, energy sucking flu. Instead of my usual zip and flair after a couple days rest, I had nothing. I got the gifts wrapped and the stockings stuffed and then I crashed.

I remember lying in bed (in my sweats with my pile of Christmas candy) thinking that I hadn't had an original thought in days. My creativity was gone. I had no focus for my year, no idea where I was going in 2015. I had basically set myself up to fail. British television on Netflix was oddly comforting, and I watched so much that I started to dream that I either worked in a fancy department store during World War 2 or as a midwife in a convent.

I was miserable. I had failed to start my year properly. The window was closed. 2015 was not going to be a great year.

Then, I realized how ridiculous and overdramatic I am (again, thank you British TV) and that I was putting an awful lot of pressure on myself to start things "right." I also knew deep down that I still hadn't really conquered and overcame some of the things I was working on last year. Maybe I needed an extension?  It's great to set goals and lay out a plan, but I started to think that maybe God wasn't finished with me yet and even though it went against everything I normally do, maybe it would be ok to do a "carry-over" and let last year continue. That gave me a little anxiety at first as a goal driven person, but then I looked to God's word. I love the first chapter of Philippians when Paul and Timothy write to the church at Philippi and encourage them in the work they are doing.  In verse 6 they write, "He who began a good work in you will carry it on to completion until the day of Christ Jesus." I love that.

What he starts in us, he will carry it on. He will complete it.

It's great to pursue more. It's also ok to keep going, to keep trudging through, to keep working at and finishing the things he has started in us. He wants to do new things in us, but he wants to complete what he's begun. I don't want to just be a good starter. I want to finish well. I think the finish is more valuable than the start.

So, the end result of all that?

I didn't add anything new to my goal list. I'm going to be diligent and keep working on the ones I haven't reached.

I'm trusting God with my dreams, I'll let him drop them in my lap when he wants.

I'm ok with all this because he is faithful to complete all that he has started in me.

It's really about him anyway; I often get in the way of what he wants to do in my life.

Maybe the year that didn't start so great will be the best year ever. 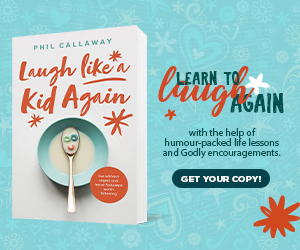