Tuesday, November 18th was the first day of our staycation.  Despite beckoning needs in our house, my husband Richard and I had decided to take a drive to the delightful town of St. Jacobs on the best weather day of the week.  The morning dawned bright and sunny—even better than the forecast for our area.  We took the back roads for an unhurried tour of the snow covered trees, fields and farms.

As we approached St. Jacobs, blowing snow ushered us in, and it was COLD!  Several shops were "closed due to the weather", but Christmas shopping with scarcely another person in sight was an unexpected and peculiar blessing.

We stopped for late lunch at 3:30 and had the restaurant to ourselves!  At 4pm the waitress put a candle on our table—all this and romance too!

By the time we were leaving, -8 degrees outside felt like -18, with wind gusts to 59 kilometers per hour.  At 4:53 we headed for home in the blizzard.   The GPS voice reported "congestion for 8 kilometers".  In thirty-five minutes of driving, that's how many kilometers we conquered!  Our drive was dark and dangerous, but while we were stopped, we enjoyed a car picnic of the Dutch apple pie squares we had purchased to go!

We would learn that more than 1000 records were shattered across the Great Lakes Region in the U.S. and 130 miles of New York State Thruway was shutdown with cars stuck—some of them buried in snow!  Tragically, the Artic blast has claimed lives.

Adventures from Christmases past began to surface.  About three years ago, Richard was desperately seeking a turkey big enough to feed our Christmas crowd, with leftovers for the much anticipated turkey sandwiches.   He was in the third grocery store when he called to read the kilograms on the label of what he thought was our last hope.  As we discussed the merits of his find, Richard suddenly said, "Some guy just reached in front of me, took my turkey and left!"

I asked why he didn't speak up and defend our bird!    "It was Christmas, so I didn't say, 'Hey Pal, that's mine!'" Richard confessed.

When Richard checked out with a lesser fowl, he noticed the thief with our turkey at the next till.   You are already picturing a confrontation at this point—an accusing glance at the very least…

No—my sweet husband took the opportunity to silently pray that the man and his family would really enjoy their Christmas dinner—that it would be the best turkey they ever had and that God would bless them.

The season has just begun.  Finding parking alone can bring the worst out in people.

In this hectic season the ‘un's will be flourishing….

Let's remember, Christmas represents loving sacrifice for the good of others -

"And let us run with perseverance the race marked out for us, fixing our eyes on Jesus, the pioneer and perfecter of our faith.  For the joy set before Him He endured the cross, scorning its shame, and sat down at the right hand of the throne of God.  Consider Him who endured such opposition from sinners, so that you will not grow weary and lose heart."   Hebrews 12:1-3

We would do well to learn from Ebenezer Scrooge who lost his familiar "Bah humbug!"    In A Christmas Carol, Dickens writes that after the curmudgeon's spiritual transformation "it was always said of him that he knew how to keep Christmas well." 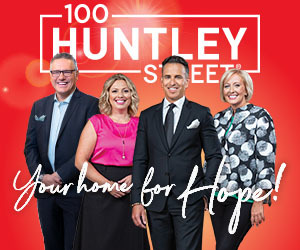