In the 1951 film version of Charles Dickens "A Christmas Carol", the Ghost of Christmas Present pulls back his robe and reveals to the protagonist, Scrooge, (played by Alastair Sim) two emaciated children, clothed in filthy rags, whom he calls ‘Ignorance and Want'.    The callous and complacent Scrooge is confronted about his lack of response to the screaming needs all around him.  God's message through the prophet Isaiah exposes Judah in the same way: "My people do not understand"  (1:3) "…They do not defend the cause of the fatherless; the widow's case does not come before them." (v23).

I just returned from South Africa where I attended "Tzedek Indaba".  Tzedek is a Hebrew word that expresses ‘justice and righteousness' and indaba is a community coming together around an issue to determine a way forward.   The missionaries of Liberty Church gathered with this resolve, to pursue justice and righteousness in the communities they serve.

For four days in Johannesburg, I was immersed with real heroes of the faith in what became a cathedral of great joy and peace - hallmarks of servants of the Lord (see Isaiah 65:14). I was energized as the orphaned boy from central Africa, now a church planter in Muslim North Africa, shared how he trains pastors in the forest in the dark of night to avoid detection. He has planted hundreds of churches with trained pastors. There was the middle-aged couple, tent-makers, going to Bulgaria to rescue and rehabilitate young women and girls from the evil human trafficking trade, particularly the Roma girls who are considered sub-human.   An older woman has developed a biblically based early childhood development curriculum especially for disadvantaged children.  A young couple in Dar es Salaam is reaching out with justice ministry to plant a new church.  Another young woman just returned from Burundi, where she has been living with no water or power for two years, but with great love for the orphaned children she served.

There were others, including the leader of the opposition party in the South African parliament. Each celebrated the ministry of the other without partiality. Each was keen to learn from the other.

Champions are made and communities are transformed when God's faithful ones respond to His call, first by showing up with what they have in their hands and then letting God's plan unfold as they keep asking the question, why not?

Why not a vibrant church in a Muslim stronghold?

Why not a nation free of human trafficking and girls restored from a life of violence and degradation?

It's not often easy, and for many it's a long obedience.

My Malawian friend, Theresa Malila, in the horrific early days of the AIDS pandemic said she just wanted people to know that ‘somebody cares'. She began with what was in her hand--a Bible and a bottle of oil. She ministered words of encouragement to the dying, anointing them with oil and praying for them. Today over 500,000 people benefit from those humble beginnings.

The heart of God through Isaiah makes this appeal;

"... Stop doing what is wrong, learn to do right! Seek justice, encourage the oppressed. Defend the cause of the fatherless, plead the case of the widow."   (Isaiah 1: 16b, 17)

What is God asking you to do? What's in your hand?

It doesn't have to be grand.

After a night of dreaming about his self-centred life and its dire consequences, Scrooge awakens,  excited to be alive and determined to change his destiny, bursting out…

Richard Brown is the Chief Operating Officer of Visionledd and is responsible for the overall management of the affairs of WOW (Working for Orphans and Widows). As International Director, Richard oversees the identification, development, implementation and maintenance of all programs, projects and partnerships worldwide. 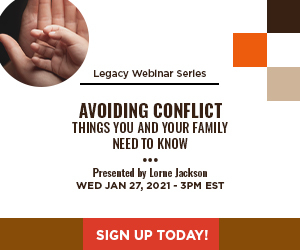